The World has a New Ocean to Explore

Antarctica, Antarctica · About Adventure
Get out a sharpie – there’s a new ocean to label on your map of the world. Or globe, if you have one. You might have to update your travel bucket list, too.
If you’ve already ticked off ‘visit all the oceans of the world’, you’ll have to uncheck that box. Even if you’ve seen, swum in, or sailed upon the Atlantic, Pacific, Indian and Arctic oceans, your work to ‘collect’ all the oceans of the world is not done.
That’s because National Geographic has officially recognized the ‘Southern Ocean.’ It’s the body of water that surrounds Antarctica in a ring, technically from the coastline of the White Continent to 60 degrees south latitude.
Just how big is that? The Southern Ocean is more than twice the size of the U.S.A.
This marks the first ‘new’ ocean recognized by NatGeo in over a hundred years. But it’s not exactly a new idea.
“The Southern Ocean has long been recognized by scientists, but because there was never agreement internationally, we never officially recognized it,” one National Geographic Society Geographer told the magazine.
The National Oceanic and Atmospheric Administration – NOAA – recognized the Southern Ocean earlier this year, joining the International Hydrographic Organization and the U.S. Board on Geographic Names. Both of those organizations have long acknowledged the body of water surrounding Antarctica, but it never caught on.
Maybe that will change, now that National Geographic – as a non-profit media and education/research organization - says it will include the Southern Ocean on all the maps it publishes for its readers and viewers of all ages, from young children to adults.
So why do the planet’s southern-most polar waters merit their own designation now? The scientists at NatGeo hope it will increase awareness of the importance of – and need to preserve – this essential body of water.
It’s connected to the southern-most ends of all four other oceans, and its current circulates the most water of any on the planet. Since it channels vast volumes of warmer and cooler waters around the earth, it has a big effect on climate the world over. So what happens in the Southern Ocean is important for the world. In recent months, two vast icebergs, including the world’s largest, broke off Antarctica into the Southern Ocean. 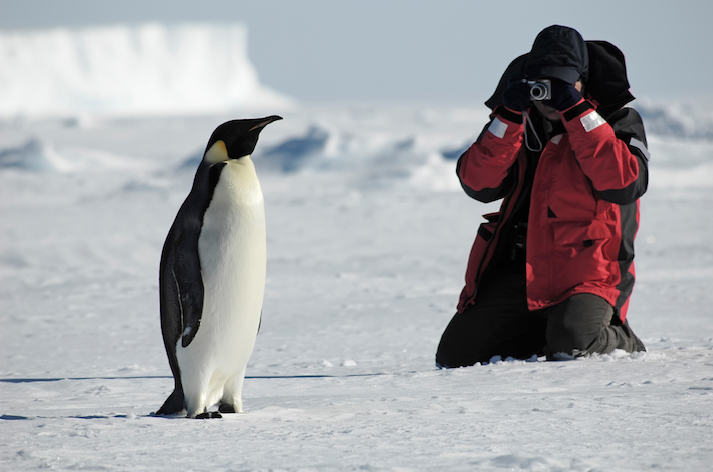 The Southern Ocean “encompasses unique and fragile marine ecosystems that are home to wonderful marine life such as whales, penguins, and seals,” a National Geographic Explorer in Residence told the magazine. For all its reputation as a frozen wasteland, NatGeo says that there are thousands of species living in the Southern Ocean that live nowhere else on earth.
‘Christening’ the new seas around Antarctica comes at a time when polar expedition cruises are one of the planet’s hottest travel tickets. ‘Polar class’ expedition cruise ships have reinforced hulls that make them strong enough for the lesser ice of the water in the summer months.
The newest expedition ships are purpose-designed with the latest technology and innovations in fuel, power, systems that allow them to maintain their position on the water without having to drop an anchor that could damage the ocean floor, and waste management that allow fortunate travellers to check a fifth ocean off their essential travel bucket list.
Your trusted travel advisor can help you plan the perfect expedition cruise to the Southern Ocean, some even in the lap of pampered luxury between forays onto island and ice floes to see penguins and other Antarctic wildlife up close.

By: Lynn Elmhirst, Producer/ Host, BestTrip TV
Copyright BestTrip.TV/Influence Entertainment Group Inc or Rights Holder. All rights reserved. You are welcome to share this material from this page, but it may not be published, broadcast, rewritten or redistributed.

Take Flight in a Microlight Aircraft above Africa’s Victoria Falls